Are the media right and are we all going to die from antibiotic resistance?

A brief post - I've long been unhappy with the media's reporting on science. It appears that news sites aren't there to disseminate truth and educate the populace, but to sell advertisement and clicks. Took me long enough to find that out.

So we get lots of news on how we are all going to die because all antibiotics have failed. We even see repeated claims that nobody is working on new antibiotics, that the pipeline for new discoveries is empty, and nothing is on the horizon. I saw so much of this that I actually started to believe it too.

Remember MRSA and how it would kill us all? Oddly enough it didn't, and while it is a nasty bug, there are now protocols to get a handle on it. You probably missed the article telling you so because "we're all going to die" gets a lot more clicks than "with careful work, MRSA outbreaks can be controlled".

"We're all going to die" is a potent way to draw in an audience. Simultaneously, scientists are happy to big it up, since it is a real problem, and it deserves more attention than it gets. Don't get me wrong on that! The world of medicine spends way way more on cholesterol lowering (to dubious effect) than on antibiotics (which actually save lives). And a dead patient needs no cholesterol lowering, so they should get on it pronto.

So, where are we? Bacteria can be divided (roughly) into "gram positive" and "gram negative". On the gram positive front, a whole new class of antibiotics has now been trialed for a few years, and they are called lipoglycopeptides. The two most recently tested (dalbavancin and oritavancin) show excellent effectiveness against MRSA. Interestingly, these new antibiotics require a single dose which does its work for the next weeks, so you can't even forget to take the pills. The great Richard Lehmann discusses these over at the BMJ (and here, even more here).

Gram negative bacteria are different, and have an outer membrane that protects them against many antibiotics in the first place, and the situation there is less hopeful, and currently far more worrying than MRSA. The main worry now are carbapenem-resistant Enterobacteriaceae (CRE), equipped with the scarily named New Delhi metallo-beta-lactamase (NDM-1) enzyme. These are the superbugs that hit the news a lot.

What did not hit the news was a result published last week where a whole swath of NDM-1 carrying bacteria was effectively treated (in mice) with regular antibiotics plus a known compound previously considered as a hypertension drug (which sadly failed to lower blood pressure). An infection that with best current treatment killed 100% of test animals now only killed 5%. Of mainstream media, only the Wall Street Journal reported on it. "It it bleeds, it leads" - and modest but important progress does not, it appears.

Now, are we all saved? No, not yet. In the end it is a battle of bacterial genes against our whits, but our arsenal of methods these days is astounding. There is every reason to be sure we'll keep on winning this battle. The next stage will be winning it cheaply and durably.

But my main point is - whenever you see the news reporting "there are no new antibiotics" and that nobody is working on it, think back to this page. Not only are those claims false, a whole new class of antibiotics are now coming out of the lab (53 at last count) and we're also finding ways of revitalizing our existing arsenal.

Meanwhile "we're all going to die" gets a lot more clicks than "we're working on it and making tangible progress"...

Posted by bert hubert at 5:43 AM No comments:

So how did my friend lose all that weight/feel all that better etc?

Hello - you probably got referred to this page by a friend that seemingly without effort suddenly dropped a lot of weight and perhaps can’t stop talking about how much better he or she now feels. You might have asked why, and got a lot of enthusiasm, references to giant books and a whole universe of blogs. This page is the short version.

So - the whole world is getting ever fatter, diabetic and demented. These stats are astoundingly scary, especially when we realize we've been bombarded non-stop with advice to eat less, less fat, move more, exercise harder etc. Either we are not listening or the advice is just not working. It turns out that we have been listening, but that the advice was wrong. 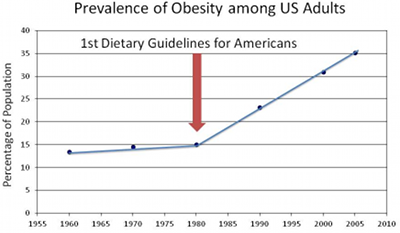 Now, I don’t need to convince you that what your friend is doing is working - you've seen it already. But the next step is believing that most current health advice & associated foods are actually harmfully wrong. To convince yourself of that, stare at the graphs a bit more. The two explanations for it are 1) a collective loss of willpower leading to massive overeating 2) the advice and the food are the problem.

So what do your friend and many of us now do? We eat real food. The stuff our bodies were made to eat. Stuff like nuts, meat,fish, vegetables, full fat yogurt, fruit, eggs, butter, beans. Note the stark absence of cereals, bread, pasta, sugary soda, candy, oreos and generally processed food, or as we like to call it “not food”.

We believe that lots of our weight and health issues did not come from a lack of exercise or because we just could not force ourselves to eat less. We believe the issues came from eating the *wrong* things. We believe you can gain health in the gym and lose weight in the kitchen.

The industry narrative is that you need to exercise off any excess food you eat, get vitamins from pills, fortified cereals or giant amounts of vegetables and fruits. Meanwhile, actually eating eggs and meat is then sorta the “bad food”, from which you can recover by eating “heart healthy whole grains” or other food products with logos on them lauding their health effects.

But if you look up the numbers, you find that actually, so called bad foods like butter, eggs, nuts, bacon, liver and fish abound in nutrients we need to thrive. And it has now also been confirmed that the reasons (cholesterol, saturated fat) we were warned not to eat these foods were false. Meanwhile, most grain based or highly processed foods are nutritional wastelands. Margarine is so bad it needs to have vitamins added back to it - and even then it remains a product that comes out of an oil refinery. Eat butter already.

Now, the story above may be hard to swallow. Especially that the hallowed whole grains turn out not to form a healthy diet. So to explain that a bit more - most grain products you are consuming aren't actually anything like whole grains to begin with. Finely milled grains, even if you leave the bran in the final milled product, are virtually identical to sugar. Nobody is denying this anymore. For a long time, it was assumed that the fiber from the bran would sort of magically change the situation, but it doesn't. The fiber sits next to the sugar, it is there in addition to it. Anything finely milled is not a “complex carbohydrate”. It is glucose. Sorry.

We only got in this place because previously both fat and proteins were thought to be bad for people, and simple carbohydrates (‘sugar’) also had a bad rep. So out popped the complex carbohydrates - and they do exist, in vegetables and intact fruit (not fruit juice or concentrate!)

Getting back, your friend lost weight and is feeling a lot better because he or she is getting the nutrients he needs from real food, the kind of food our bodies not only need but know how to deal with. This in turn reliably leads to a spontaneous reduction in hunger and breaking the “three-hour feeding cycle” which requires food at 9AM, noon, snack at 3PM, dinner at 6PM and snacks at 9PM. You think that ever made any kind of biological sense? Actual food powers you throughout the day, without leaving you tired afterward.

So do we have all the answers? Do we know exactly why we got fat and (pre-)diabetic? Was it the (high) fructose (corn syrup)? The sugar in anything? The mutant dwarf grain that is used to make our pasta and bread? The lack of nutrients from highly processed food? The excess of n-6 polyunsaturated fatty acids? Or more out there, lack of sleep, late night overexposure to bright light?

While we all have our theories, your friend and I have found that “just eating the real food” is a plausible solution that works for us, especially if combined with sufficient (quality) sleep.

Great resources to learn more are:

Good luck and most importantly.. enjoy!
Posted by bert hubert at 4:08 AM No comments: