So, you or your company invented something radical & new: congratulations! This has happened to me twice, once with PowerDNS and once with Fox-IT. Both times my products had unique features, and both struggled to gain market acceptance initially. Potential customers told us things that were wrong with our product, we’d fix them, and they’d come up with new reasons not to buy our stuff.


After a few iterations of this, I formed what I like to call “The Business Moped Theory of New Product Rejection”, and this theory has served me well (a moped is also known as a scooter or “brommer” in Dutch). In this post, I want to share the Business Moped idea, and how it spells bad news, but also what you can do with your new invention to make it sell better.

Commuting to the office

Back when I lived in Delft, parking my car was a big hassle, and more often than not I had to park it (semi-illegally) over a kilometer away from my home. If you live in a city center, this is quite common. Additionally, the office where I worked 10km away had 750 employees and 200 parking places, leading to similar drama there.


Now, I could go to work on my bicycle, but many of my colleagues lived too far away for that. But we had one guy who’d been commuting on a moped for 20 years now, and he was never late because of traffic and had no trouble parking either at home or at the office. Also, it was very cheap both in maintenance & fuel. He found a great solution, but nobody copied him. 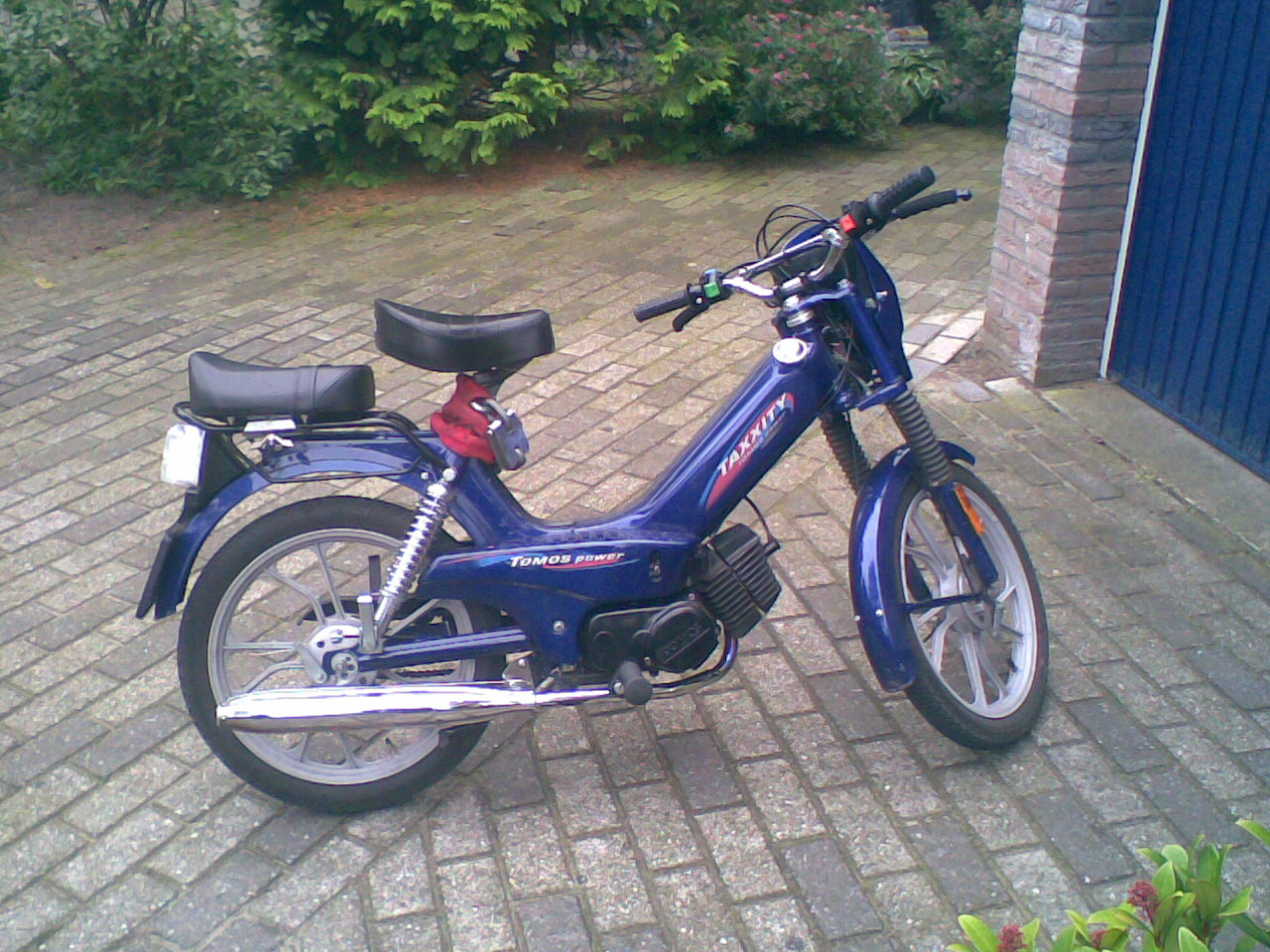 
And why not? Well, the honest reason is of course that it would look silly! You don’t go to your office in business clothes on a moped! 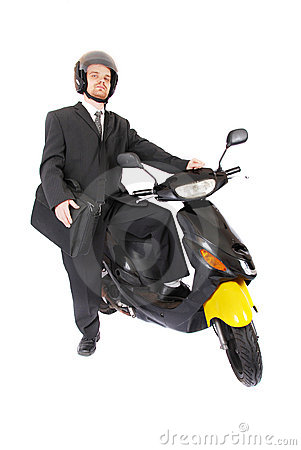 
But when you ask people why they continue to spend an hour stuck in traffic and parking everyday, and not just copy the guy with the moped, they don’t come out and say “it would look silly”.


No, they’d say things like “the car keeps me dry in the rain”, “In winter it is too cold”, “a moped isn’t safe”. So, this set people thinking, as moped vendors had long been trying to crack the business market. So they addressed the concerns, starting with this attempt: 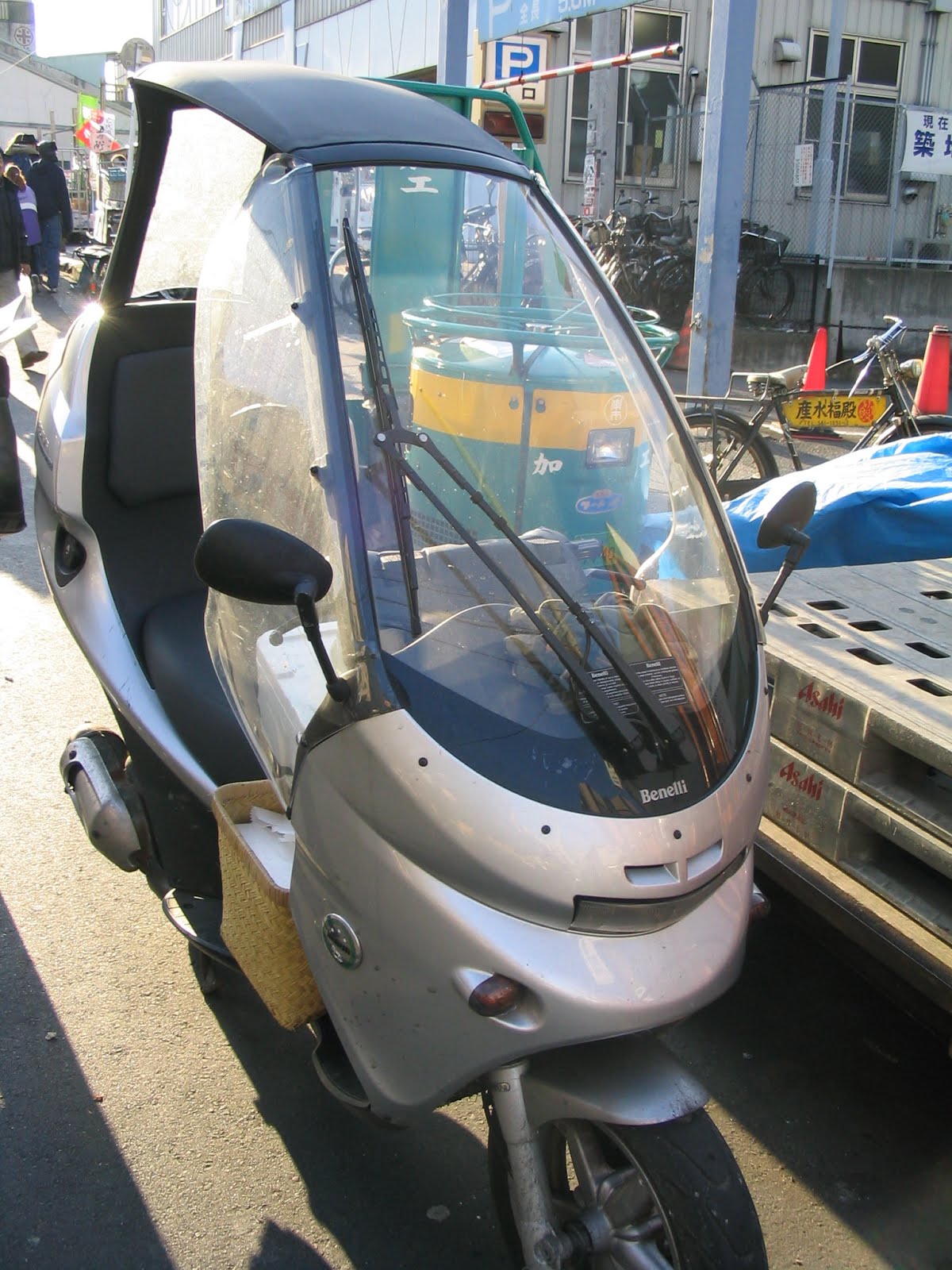 
With a roof, surely people will stop complaining about getting wet in the rain? Well, after 5 years of trying to sell the thing, Benelli gave up. I’ve never seen one in any case. But, the industry kept working on it, perhaps fixing the “rain” issue wasn’t enough?


Enter the BMW C1, which had everything:


They even sold it to racing teams, police forces and other promotionally interesting customers: 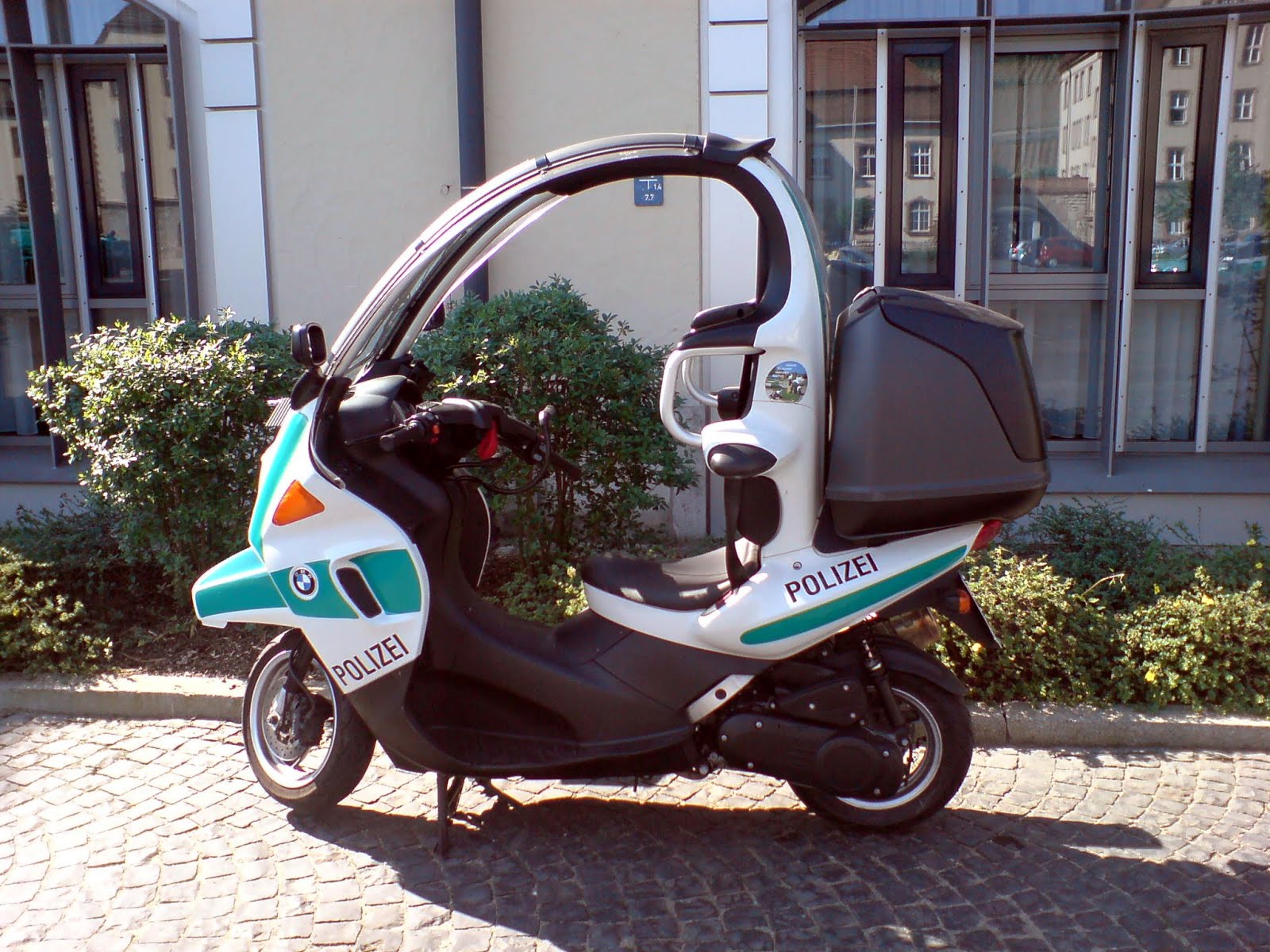 
So now that all customer issues were addressed, it should sell well right? Think again, they sold hundreds!


But, this is BMW we are talking about, they had the resources to fix whatever complaints were left & up the marketing even further. So, they also offered: 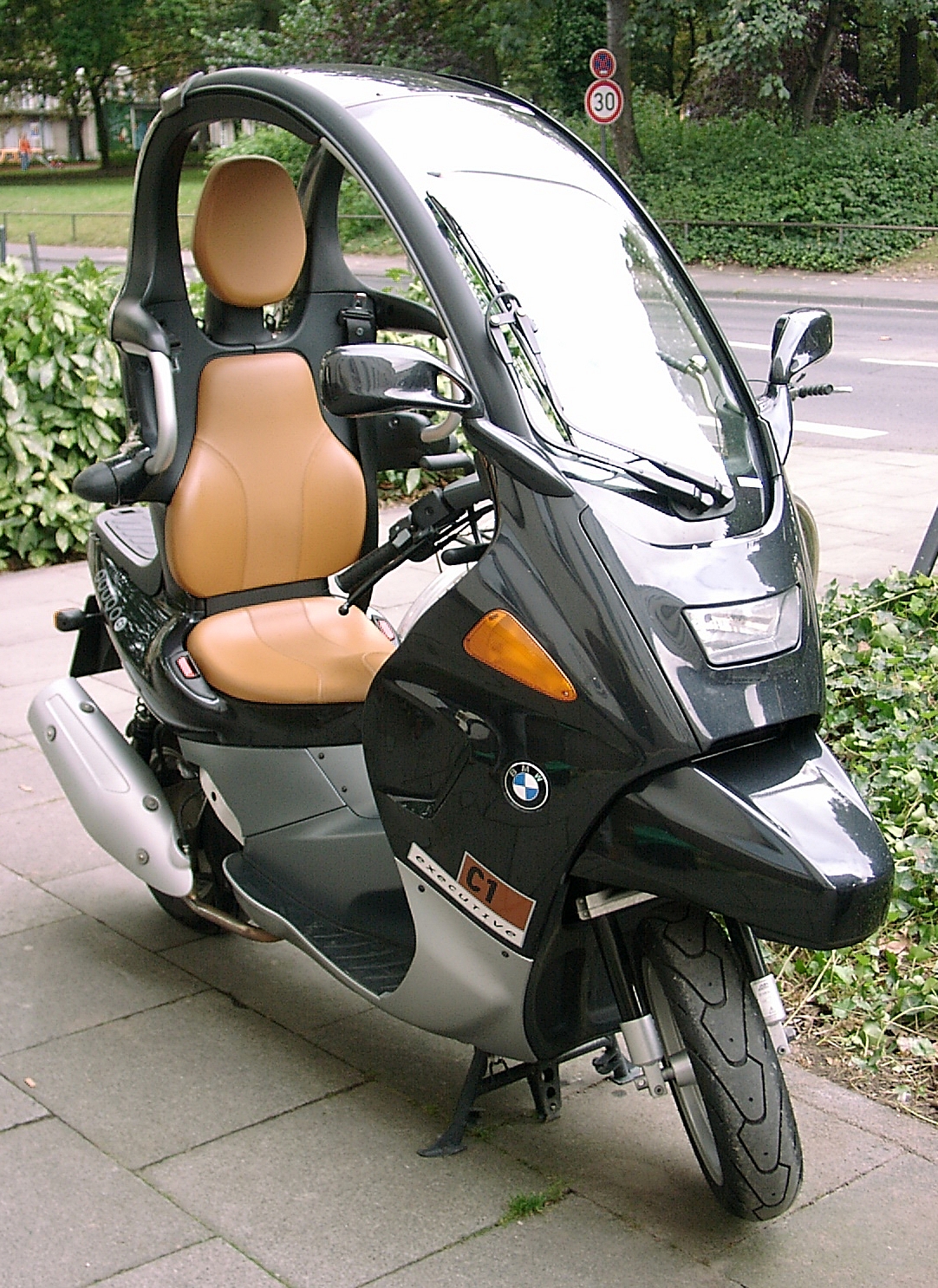 
So, now that every *possible* customer complaint was fixed, sales surely took off? Thousands were sold! And after 5 years of trying real hard, even mighty BMW had to give up.


As a last salvo, Italian Piaggio came up with this marvel, for the people who complained that they didn’t want a “bike that could fall over”: 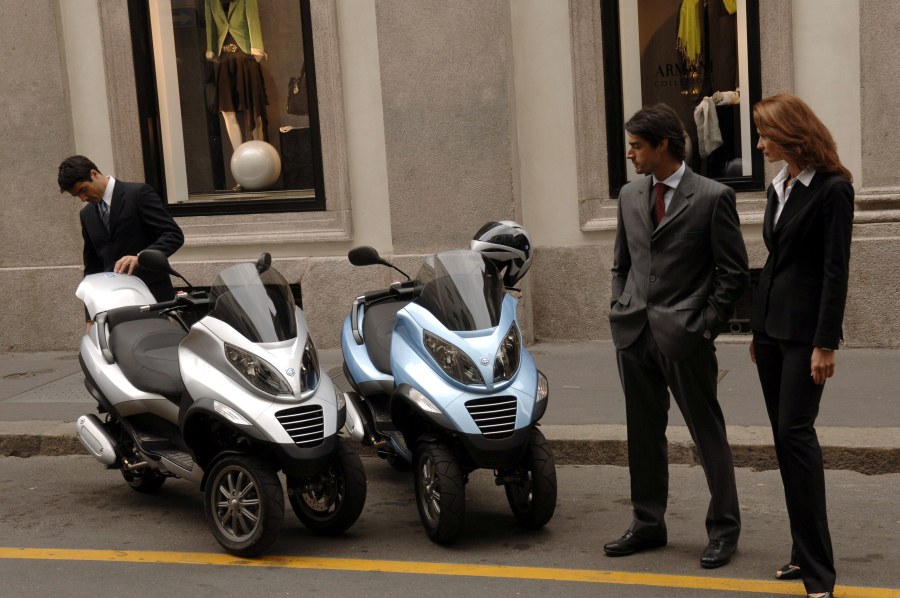 Why didn’t it work?

People want to buy what they’ve been used to buying. They don’t want to be too different. You can get away with selling something that is vastly more powerful than customers were used to, but still is fundamentally the same thing - as long as buyers trust your company. But even trust in BMW was not enough to convince people that the moped was suitable for taking to the office, no matter how hard they tried to get their scooter to emulate the features of a car. When people secretly want a car, they don’t buy a scooter!


When as an innovative company you are trying to do something that is too different, that is not what you’ll hear from your customers (they might say it, but hearing it is something else). No, you’ll hear specific complaints that you can address. The pitfall is that even when you solve those complaints, they’ll come up with new ones.

If you are trying to sell something that is too different, fixing the superficial issues is not going to save you - even though your potential customers assure you it will. They are just dishing up excuses. They want something “normal”.

Not being too different from something they DO know

I formed this theory a few years ago, and lately something interesting has happened. While it proved to be impossible to convince people to get a weird looking moped for commuting to the office.. it was entirely possible to electrify the venerable bicycle, and keep it looking “normal”: 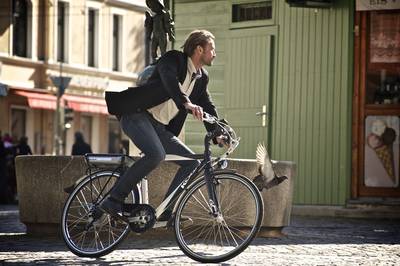 http://www.post-fietsen.nl/site/webfiles/content/koga-e-bike.jpg
Note the discreet battery pack in the rear


And this is now taking off in a big way, without any excuses about getting wet etc. The issue was never with getting wet in the rain (they still had their cars as backups, right?). The issue was not wanting something too different from what everybody else had! And an e-bike is sufficiently close to a bike that droves are now using one.


So summarizing - be careful not to follow BMW in blowing a billion Marks on satisfying customers that aren’t telling you the real reason they don’t want your stuff.


Instead, find people that DO have an open mind, or try being close enough to what your customers already know, while still delivering superior value. Another solution is to wait it out until sufficient people start agreeing that what you offer is just better. Might take longer than you have though!


PS: I’ve also been told that the BMW C1 was a pretty crappy bike. That never helps!
Posted by bert hubert at 3:37 AM No comments:

Posted by bert hubert at 1:39 AM No comments: